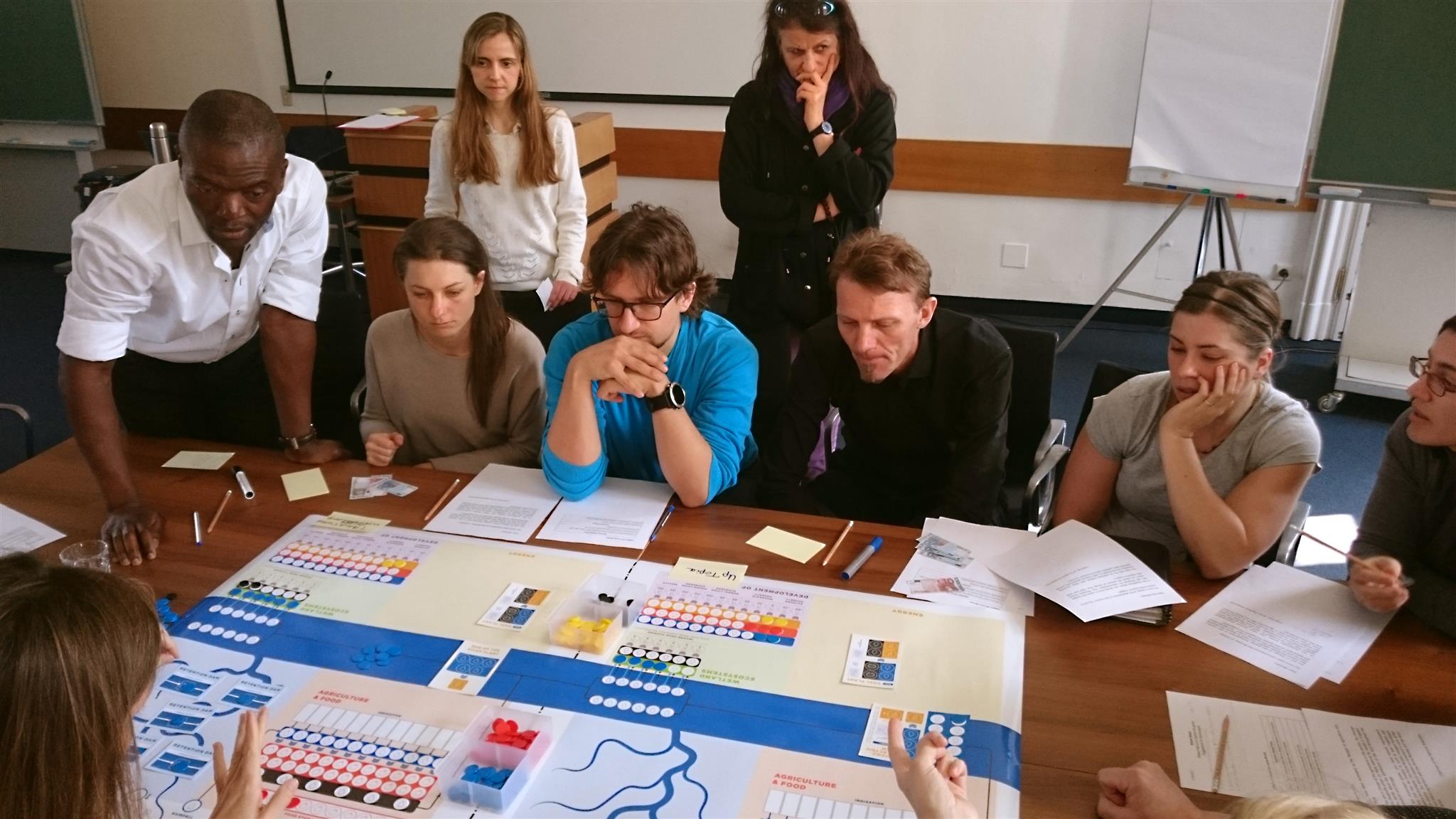 CRS had a pleasure to organize a Nexus Game session at the African Development Bank office in Abidjan, Ivory Coast. Piotr Magnuszewski led gaming workshop, which gave the AfDB’s employees a chance to take a different approach to the water-energy-nexus. While playing as stakeholders from two bordering countries, players discovered that the game shares many similarities with the situations and problems they challenge in their day-to-day work.
The game was very well received. We thank all of the players for a warm welcome and enthusiastic approach to our game. We are looking forward to future collaboration.

The Nexus Game was created by CRS and IIASA in the “Simulation Games as New Methods for Understanding Stakeholder Interaction and Decision-Making in Complex Systems” project.

The African Development Bank connects many African countries in an overarching goal is to spur sustainable economic development and social progress in its regional member countries (RMCs), thus contributing to poverty reduction.