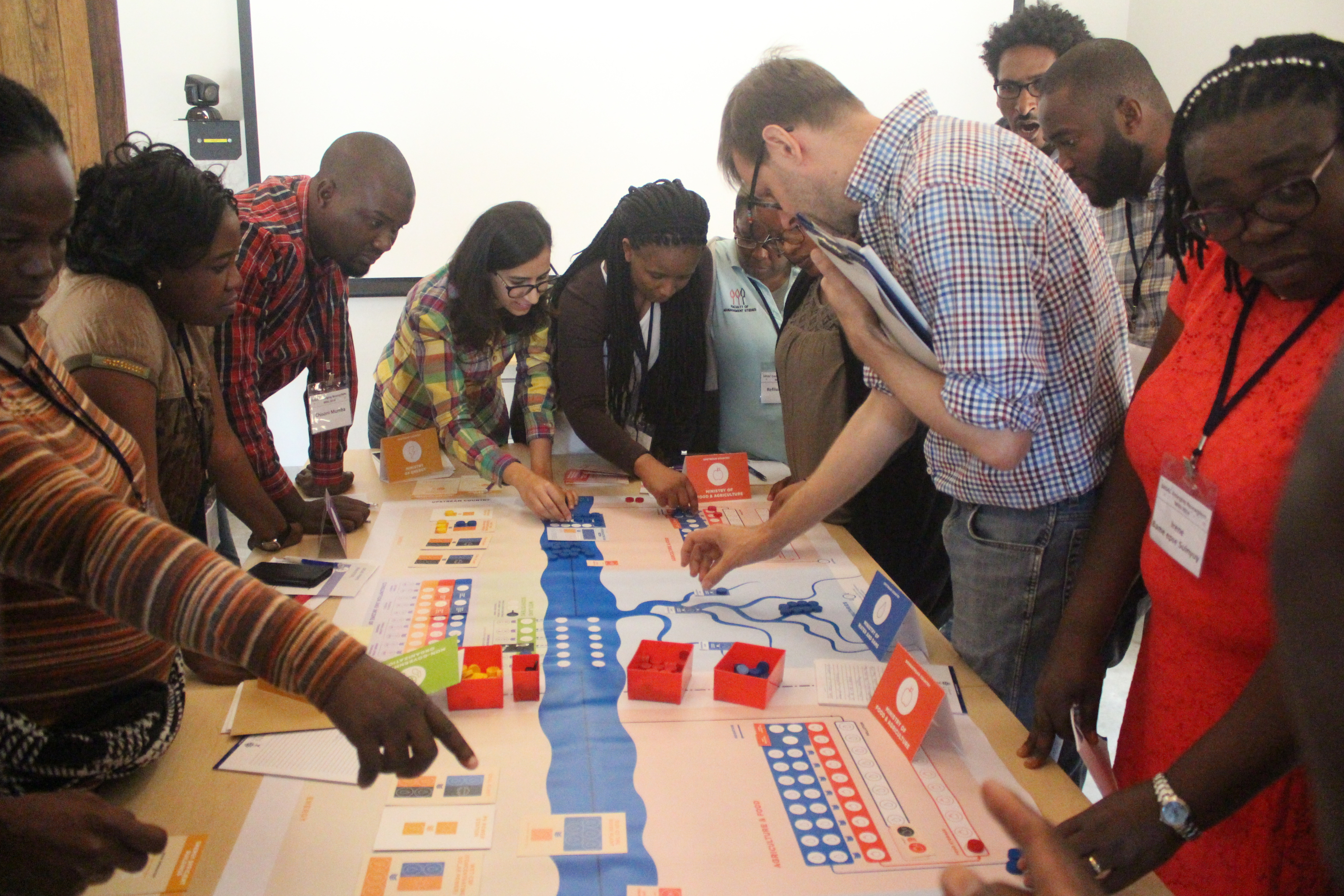 Integrated, independent, inspiring were the themes of this year Southern African Systems Analysis Centre’s Emerging Researchers Program, which was launched in August 2018 in Johannesburg, South Africa!

This three-week program gathered attention from many people interested in increasing their systems thinking skills. Besides, system approach, participants were exposed to the leadership and collaboration skills through series of workshops and seminars by many respected scholars.

One of the tools used during the program was one of our simulations – Nexus Game facilitated by Piotr Magnuszewski. The simulation was previously used in Poland, Austria, Germany, Pakistan, Ivory Coast and RSA. The Nexus Game once again induced positive reactions from the players! We hope that it won’t be the last time our game is used in South Africa!

For more info on Nexus Game, visit the official website.

The SASAC program, launched in 2016, is being implemented by a consortium of four universities, namely the University of the Western Cape, Limpopo, Witwatersrand, and Stellenbosch.